Should you get solar panels for your home?

According to the U.S. Department of Energy, about 25% to 40% of the energy used for heating and cooling goes to waste due to contaminants that build up in the HVAC system, which forces it to work harder.

Did you know that solar and wind power systems have 100 times better lifetime energy than both nuclear and fossil energy systems?

What is solar energy?

Solar energy is acquired through the use of solar panels in order to harness and distribute the world’s most powerful energy source that is the sun’s radiation.

It is the most bountiful energy resource available, delivering 173,000 terawatts at a continuous rate, which is more than 10,000 times the amount of the total energy used around the world.

How do solar panels work?

Solar panels are comprised of a group of many photovoltaic cells connected together. These cells convert sunlight to electricity by allowing particles of light, or photons, to separate electrons from atoms.

Metal conductive plates collect the electrons and transfer them to wires. This process transforms these cells into usable energy.

What are solar panels good for?

Sustainability, first and foremost. As an alternative to fossil fuel, solar energy presents itself as a great replacement. It is a completely renewable energy source, which means it will never run out. As long as there is a sun, there is solar power available.

Why use solar energy?

The general maintenance for solar panels is relatively low, with them needing to be cleaning professionally a couple of times a year.

Currently, there are 1.3 million solar installations across the United States. Their cumulative capacity is over 40 gigawatts. According to the Solar Energy Industries Association, an estimated 1 megawatt of electricity can power 164 homes, which means that 40 gigawatts can provide enough power for 6.5 million households in the United States. 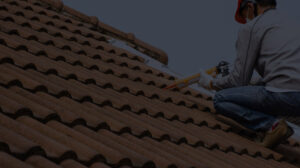